Susan lived a life full of love and family.

She was born in England, in the same house she lived in for 18 years before migrating to Australia. She was one of five children, Tony was the eldest, then Carol, Susan next and then Heather. Young sister Kay is the baby of the family being born when Susan was 15.

Susan left school at 15 and worked as a telephonist, first with the government and then with Frigidaire not far from where she lived in Queensbury near Wembley. Although she’d never moved away from home she wanted to see a bit of the world, Australia was the best bet seeing as she had an Aunt, Uncle and cousin here although she didn’t know them, it was her mother who kept in touch and who asked if they would sponsor her for a two year working holiday.

She arrived in Australia on 2nd January 1964, quite a shock to the system having left England in the winter with snow on the ground and arriving here in Sydney to full sunshine, she couldn’t get over how quickly her stockings took to dry! It wasn’t long before her Aunt realised Susan’s hearing wasn’t all that crash hot – so arranged that Susan attend a typing school.

Susan moved from her Aunt and Uncle’s place at Woronora River after about six months and moved to a big rambling house at Clovelly. There she lived with seven other girls and met my Alan.

As you can imagine, she suffered quite a bit from home sickness but was determine to see her two years out, she kept up her typing skills by writing air letters, sometimes four a week and in return her Susan wrote answering each one.

Susan and Alan married in May 1965 and at the end of that year they returned to England for a delayed honeymoon and for Susan to introduce Alan to the rest of the family.

They settled in Roselands and had two children; Joanne and Ian.

Susan involved herself in Girl Guides – Joanne was a guide – and Susan liked nothing better than to shout along the side lines when Ian was playing soccer. Deafness seemed to run in the family, her father, brother and all her sisters suffered but she never let her deafness stop her from being on various committees, making sure she was in the front row of any meetings and when holding a secretarial position making sure she was given the notes and was able to write them up without worrying if she’d heard it all.

Although Susan wasn’t brought up in a Christian home she wanted her children to attend Sunday school as she did when a small girl. Beverly Hills Uniting church was suggested by the next door neighbour as the closest church with a Sunday school so Susan duly took the kids each week, dropping them off and then picking them up at the end.

It was months later that a visit from the Minister of that church called on Susan and asked that if the church service and the Sunday school service were held at the same time, would she attend. The answer of course was yes. She went along for the services but by this time her hearing wasn’t very good. She looked around and thought she would sit in a pew not right down the front because she didn’t want to be conspicuous and not too far back else she wouldn’t be able to hear. The sixth pew from the front was her decision.

Would you believe that was the very pew a dear lady who later became Susan’s dear friend always sat. It was this lady who actually led Susan to asking Jesus into her heart over lunch one day at our kitchen table. Susan became involved in that church for about 30 years. She helped run a Junior Youth group and attended a weekly bible study group.

Susan was always involved in her children’s activities; she loved to knit, sew, crochet and was interested in any craft activity. She went to work when Joanne and Ian were in high school, preferring part time but later held down a full time job.

She worked for GIO typing letters for some years, moving to various departments in their Hurstville offices. She then worked in Bethel Nursing home as their receptionist and had quite a bit to do with the residents and loved being involved with the Director of Nursing as well as all the nurses. However it was the diversional therapy department which held the most interest for Susan, she could see herself involving the residents in her craft activities but sadly in the nursing home the residents were not as capable. This meant a change of job and she worked at St Bedes at Hurstville for a few years as a diversional therapist. This was right up her alley, she used to say how lucky she was to have a job that she felt was a hobby – and get paid for doing it!

In April of 2001 Susan received a telephone call from one of her sisters in England telling her that her mother had cancer. They didn’t know the extent of it but she had cancer in the lungs and it looked like a tumour in the brain but there were further tests scheduled for Monday of the following week. Susan received the telephone call on the Thursday evening and on the Saturday afternoon she was on a flight to London after resigning her job and not knowing when she’d be back again.

It was a tough ten weeks or so. Susan was able to nurse her mother, thanks to the experience she’d had by working in a nursing home and a retirement lodge. She had the support of her three sisters in England and her cousin and was able to live with her mother and be a full carer. This was a wonderful time for them both, her Susan had ray treatment and ended up in a wheel chair but they both enjoyed exploring the area her mother had moved to which was Harrow. They both loved to watch the boys of Harrow walking between their schools dressed in their suits and the teachers in their robes.

Upon her return to Australia after her mother died, she decided she no longer wanted to work although her job was still available for her and even another offered by her ex-boss. Instead she took on voluntary work, serving in the kiosk at Roberts Lodge that supplied biscuits, sweets etc. two days a week plus doing the shopping for the residents.

There were problems in the Uniting church around this time so Susan and Alan looked around for another church to belong to. Because Susan had joined the Creative Craft activities on a Thursday at Narwee Baptist about two years before, she knew a few ladies who attended, so this was the church they decided to ‘try’.

Susan’s cancer reared its head three years ago and during this time she had five operations. After the third one “Daisy” was born. This was the name she gave her stoma and always said that Daisy lived with her, she didn’t live with Daisy. Susan accepted what had happened and even celebrated Daisy’s 1st birthday. However it was not the answer to ridding her body of cancer and it spread from the bowel into the liver. She underwent a couple of operations to try to eliminate it but the chemo treatment had no effect and the cancer in her liver grew.

She stayed cheerful throughout it all and her love of the Lord grew because she knew He was with her throughout the whole journey.

The support both she and Alan have received from their church family was truly been a blessing. 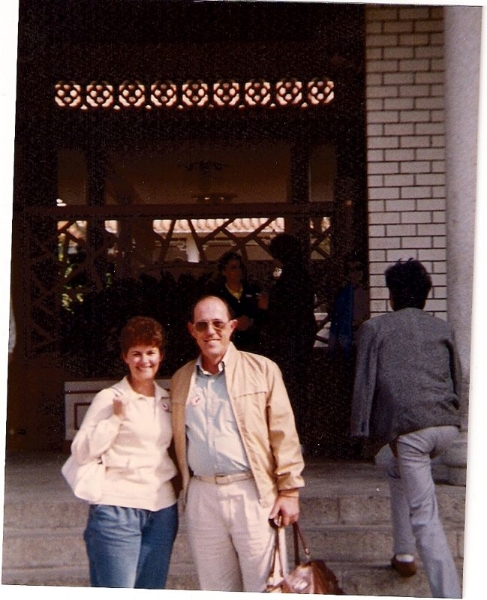 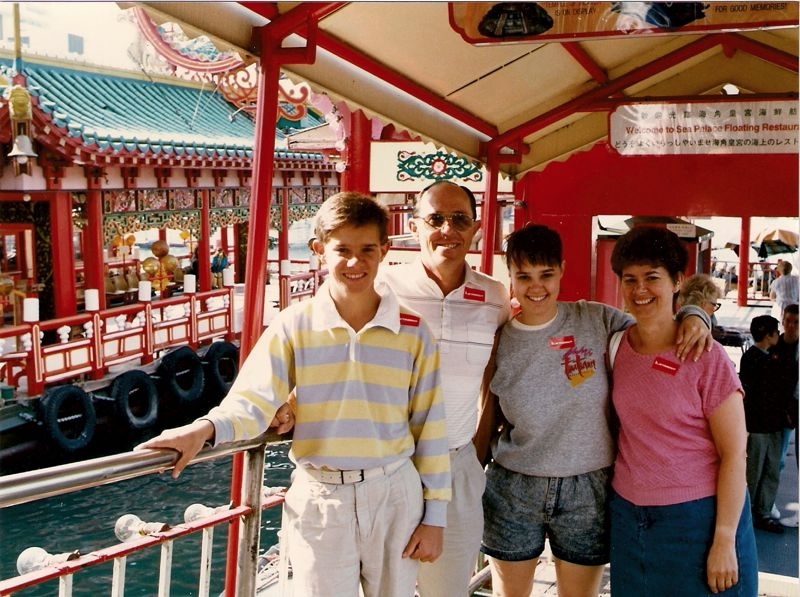 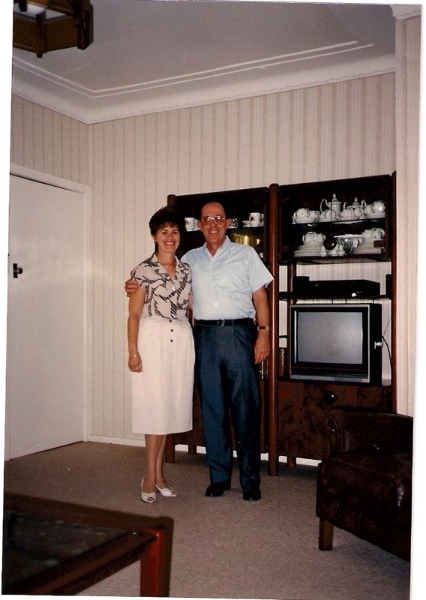 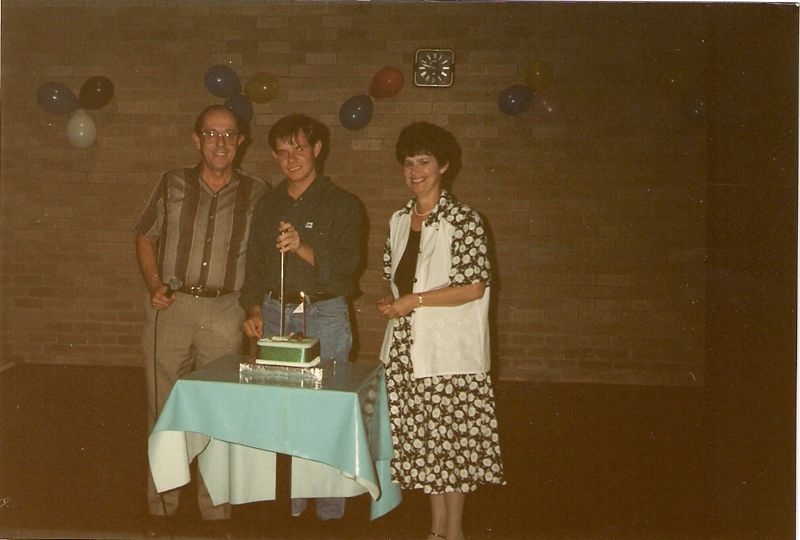 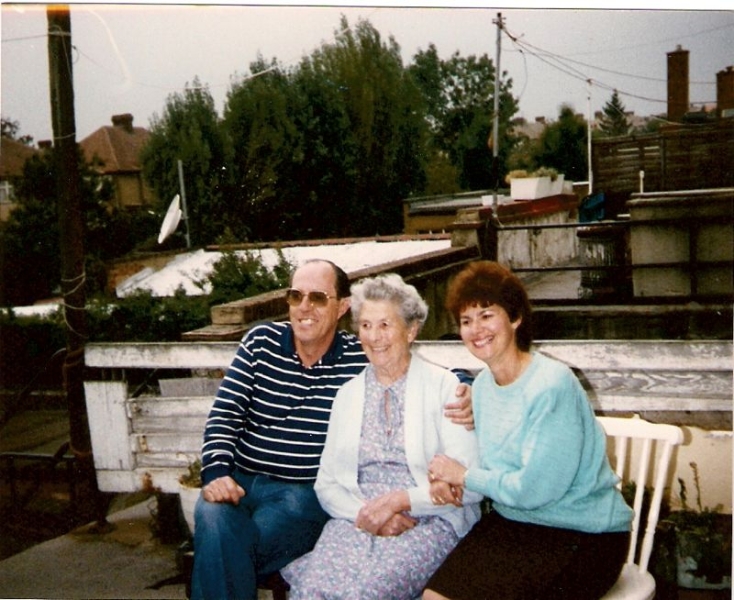 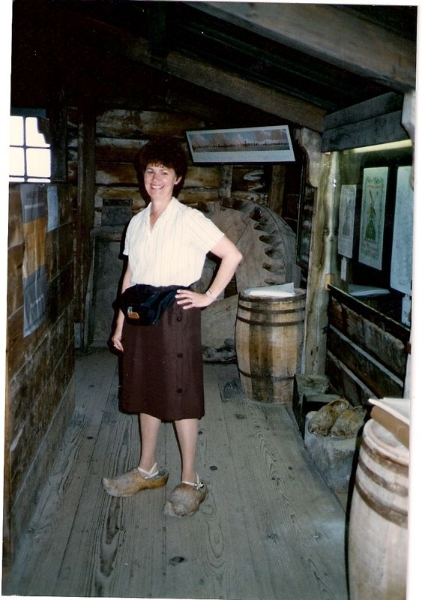 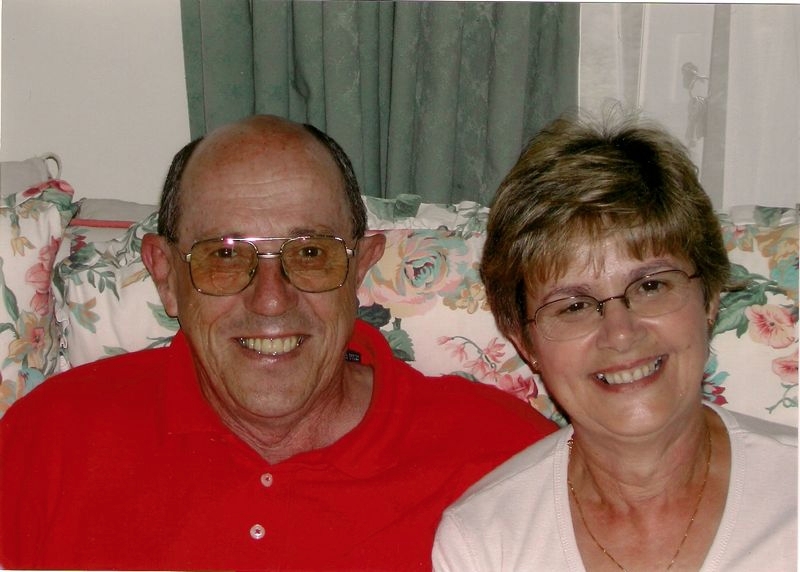 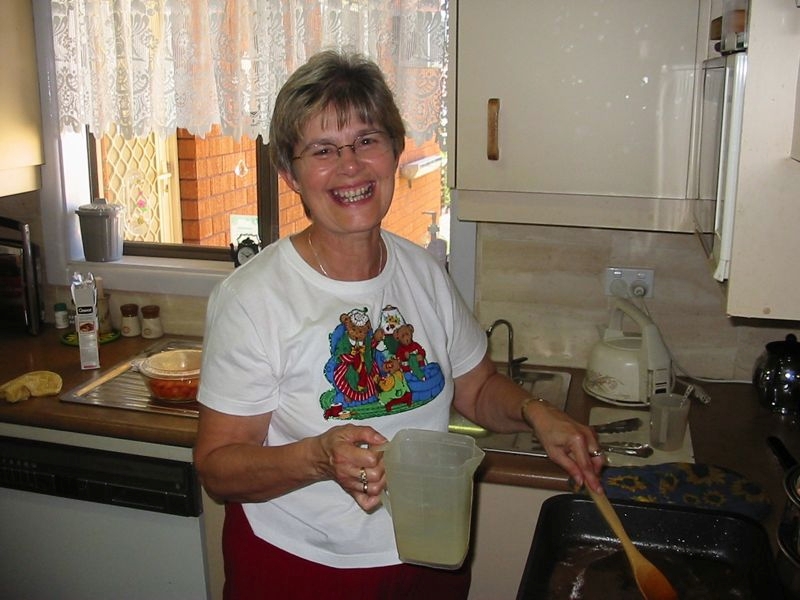 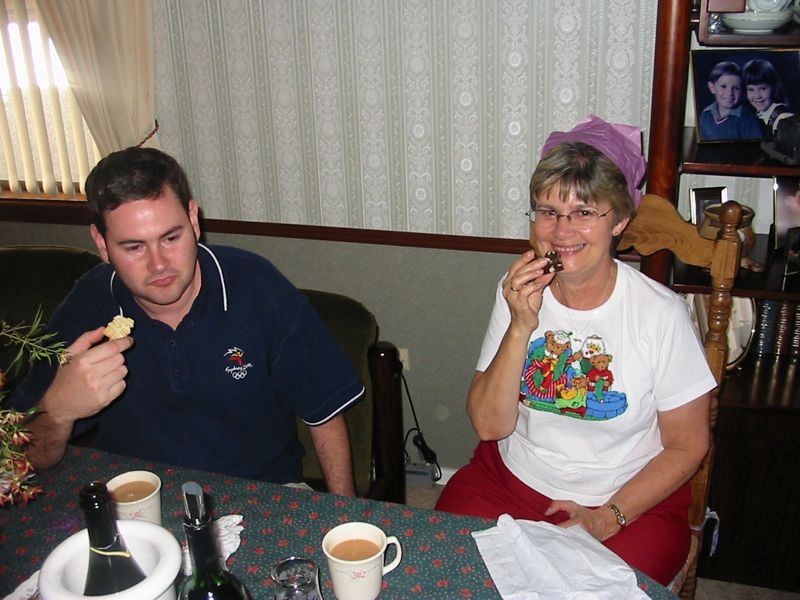 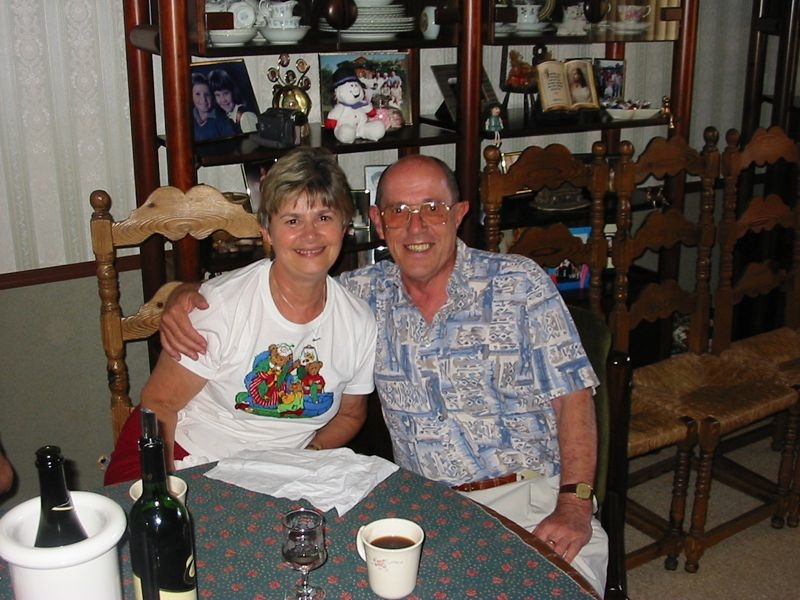 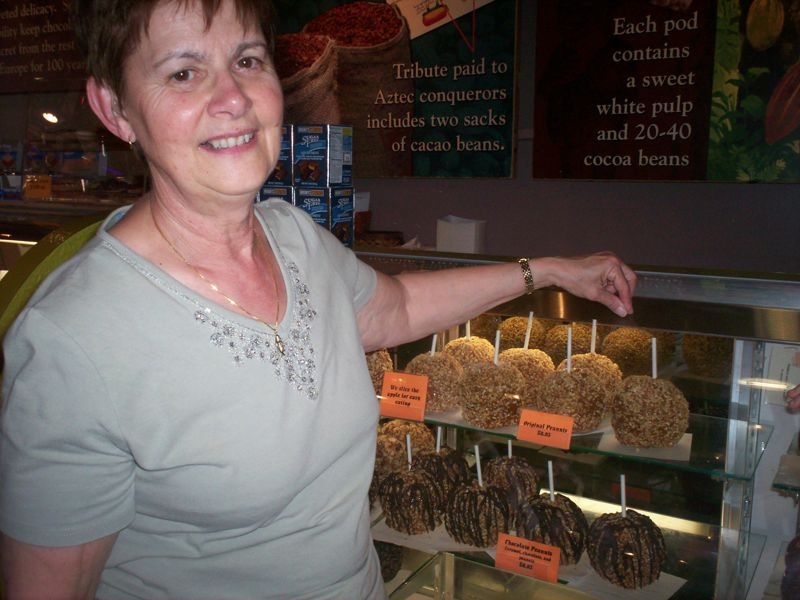 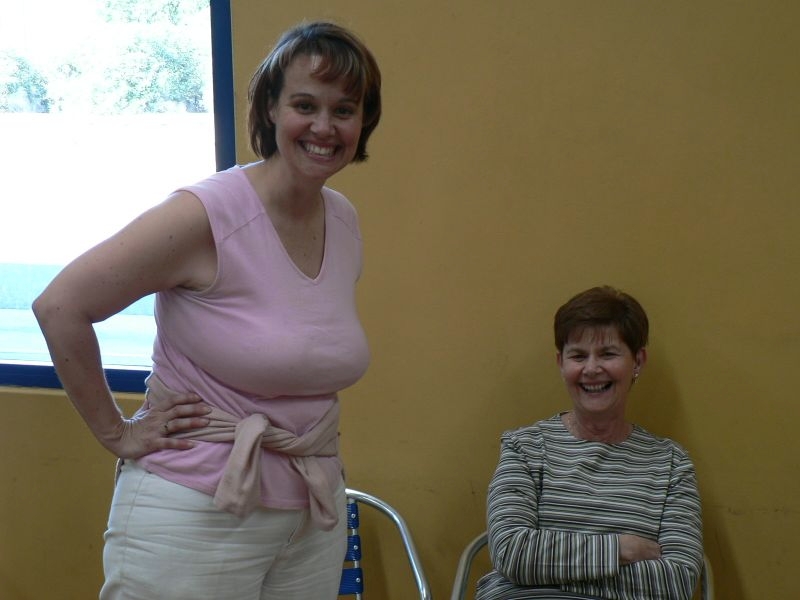 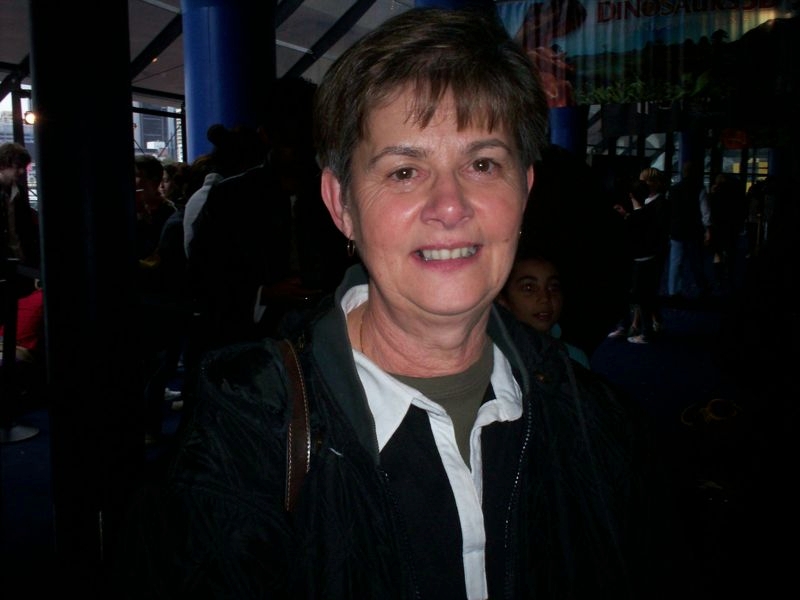 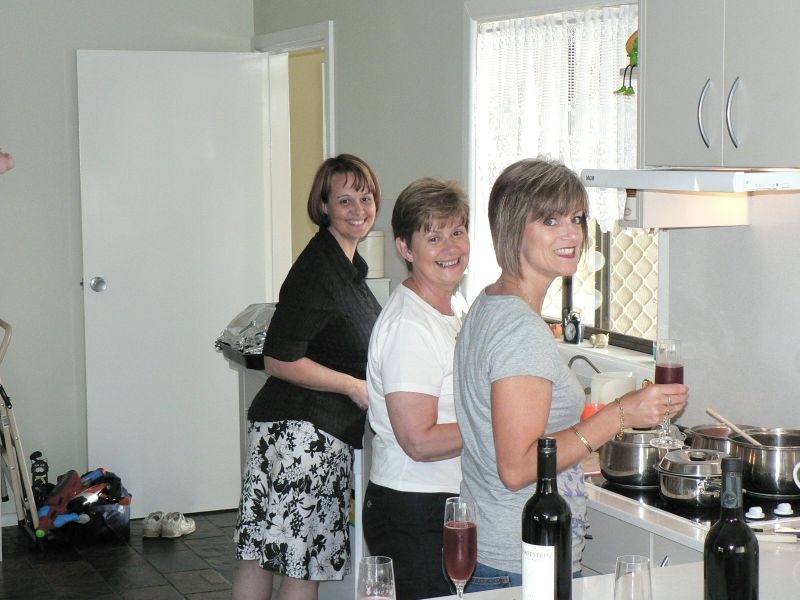 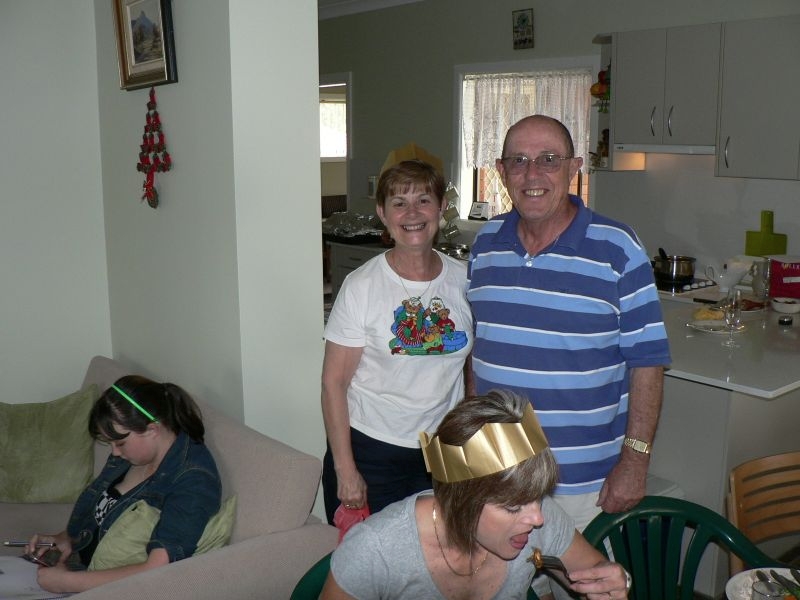 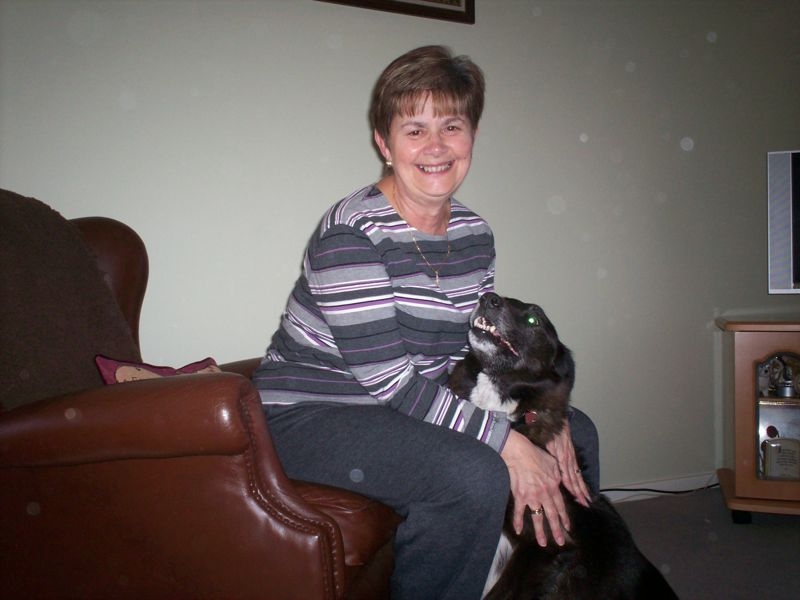 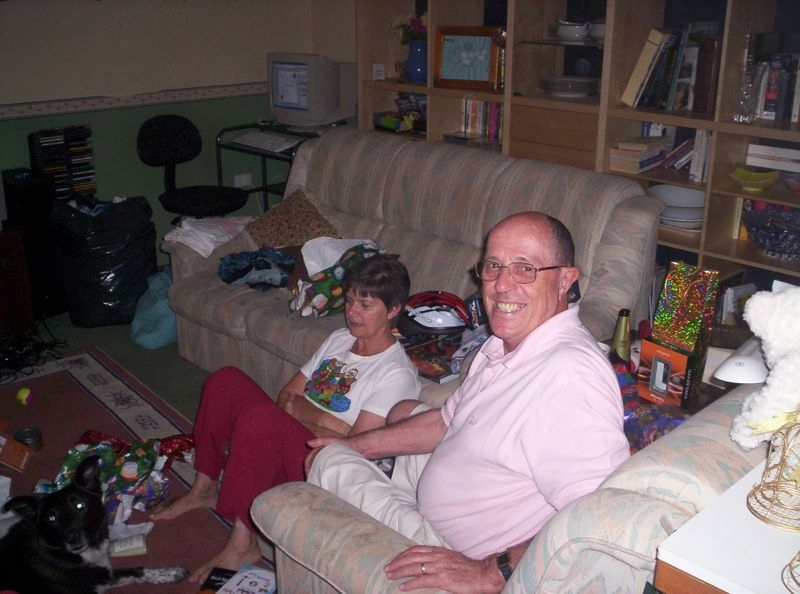